WHEREAS, National Stepfamily Day was established in 1997 and this year marks the 25th anniversary. National Stepfamily Day is enhanced by our strong commitment to support the stepfamilies of our nation in their mission to raise their children, create strong family structures to support the individual members of the family and instill in them a sense of responsibility to all extended family members; and

WHEREAS, approximately half of all Americans are currently involved in some form of stepfamily relationship and it is the vision of Christy Tusing-Borgeld and the Stepfamily Foundation, that all stepfamilies in the United States be accepted, supported and successful; and

WHEREAS, Middletown, Ohio has been blessed by thousands of loving stepparents and stepchildren who are daily reminders of the joy, trials and triumphs of the stepfamily experience and of the boundless love contained in the bond between all types of parents and children; and

WHEREAS, National Stepfamily Day is a day to celebrate the many invaluable contributions stepfamilies have made to enriching the lives and life experience of the children and parents of America and to strengthening the fabric of American families and society. 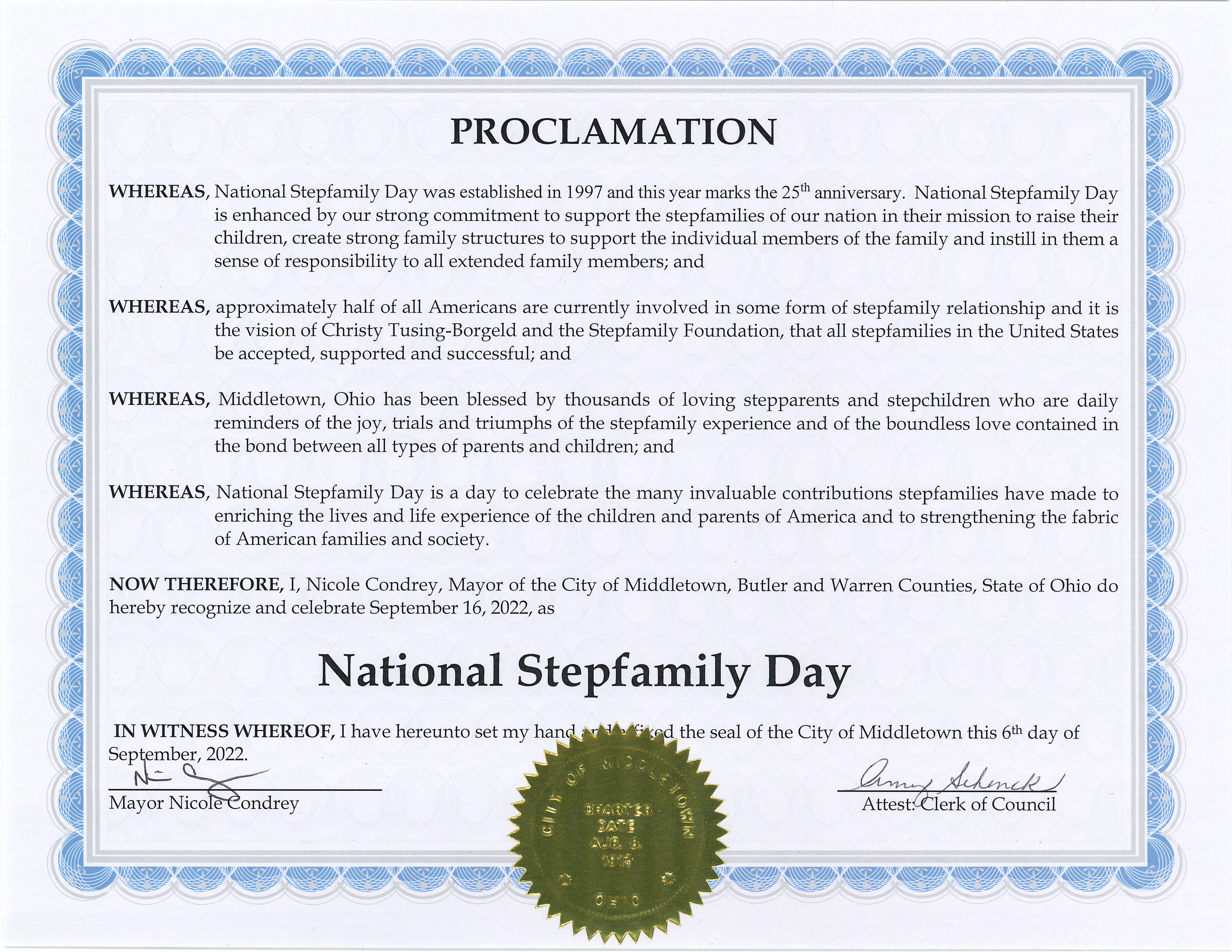 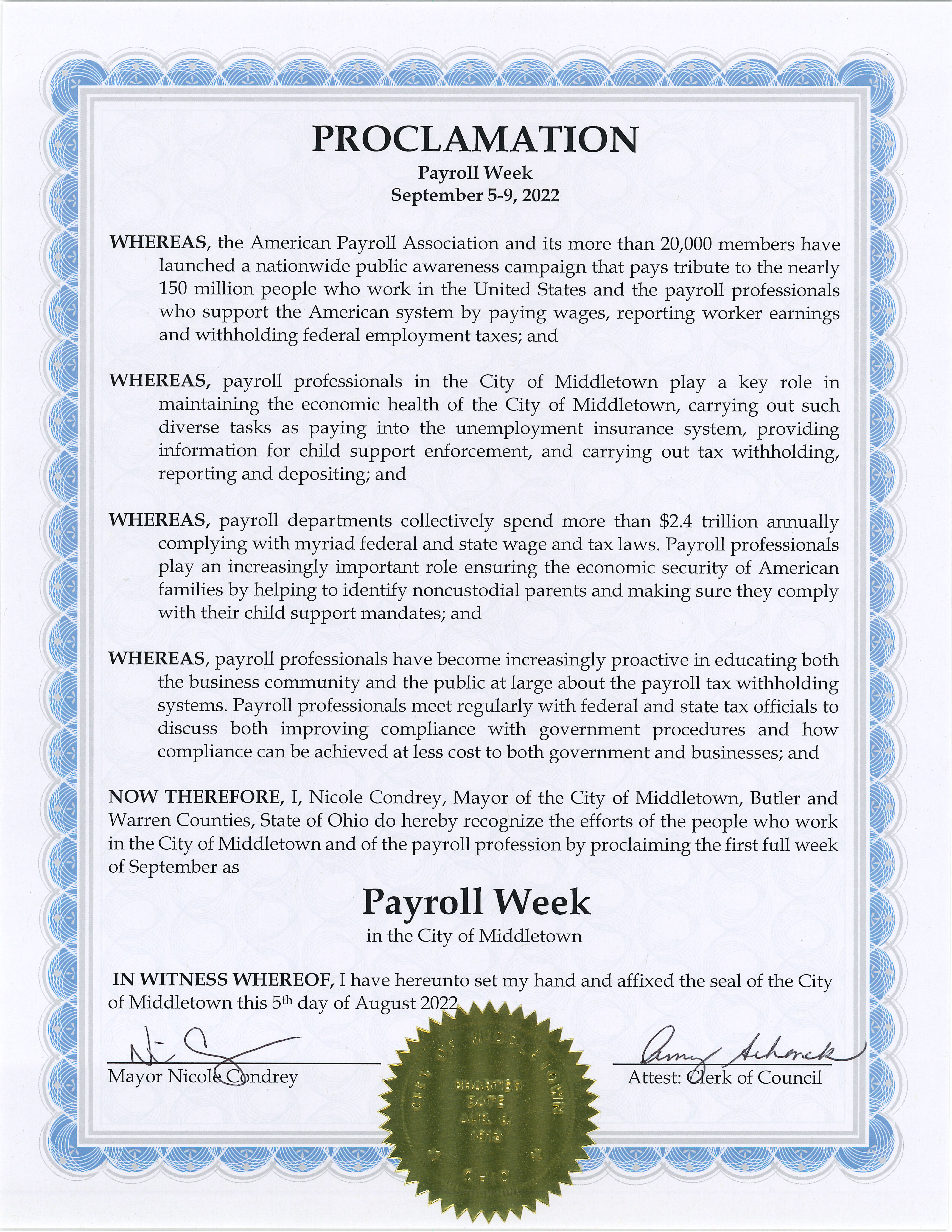 WHEREAS, the American Payroll Association and its more than 20,000 members have launched a nationwide public awareness campaign that pays tribute to the nearly 150 million people who work in the United States and the payroll professionals who support the American system by paying wages, reporting worker earnings and withholding federal employment taxes; and

WHEREAS, payroll departments collectively spend more than $2.4 trillion annually complying with myriad federal and state wage and tax laws. Payroll professionals play an increasingly important role ensuring the economic security of American families by helping to identify noncustodial parents and making sure they comply with their child support mandates; and

WHEREAS, payroll professionals have become increasingly proactive in educating both the business community and the public at large about the payroll tax withholding systems. Payroll professionals meet regularly with federal and state tax officials to discuss both improving compliance with government procedures and how compliance can be achieved at less cost to both government and businesses; and

in the City of Middletown

IN WITNESS WHEREOF, I have hereunto set my hand and affixed the seal of the City of Middletown this 5th day of August 2022.