The Public Works Department is responsible for Middletown’s Storm Water Management Program (SWMP) oversight, management and reporting. Throughout the year, Public Works employees coordinate with the other departments and divisions to implement and report on SWMP program operations, effectiveness and compliance.

Under its storm water program, the City has developed a Storm Water Management Plan (PDF) which is approved by the Ohio EPA. These documents outline the city's regulatory compliance goals and identifies specific activities to meet those goals.

Every year, the City submits a summary of its storm water compliance activities in an Annual Report to Ohio EPA. Check out the most current and past reports to the right.

Components of the City of Middletown SWMP:

The City of Middletown implements a public education program to distribute educational materials to its employees, contractors, consultants, and facility users.

Middletown conducts outreach activities associated with the impacts of storm water discharges on water bodies and information that their employees, contractors, consultants, and facility users can take to help Middletown reduce pollutants in storm water runoff.

They also collaborate with regional initiatives and collaboratives to reach a wider audience.

Middletown implements and enforces a program to detect and eliminate illicit discharges. When a possible illicit discharge is discovered, Middletown will attempt to determine the location and nature of the discharge. The Public Works Department will also, as necessary, collaborate with the City’s health departments and/or neighboring MS4 to assist with elimination and provide follow up documentation that the removal is complete or has been addressed.

Middletown has a program to reduce or prevent pollutants associated with storm water runoff originating from construction activities within the City. Middletown requires all projects greater than or equal to one acre to complete the following: obtain coverage under the Ohio EPA Construction General Permit (CGP); design, install, inspect, operate and maintain erosion controls, sediment controls; and control construction wastes/debris on projects citywide. We also have adopted Middletown’s Erosion, Sediment, and Post-Construction Storm Water Control Rules and Regulations and require all projects to follow these standards in addition to the Ohio EPA CGP.

Middletown has implemented and enforced a program to address storm water runoff from new development and redevelopment projects that disturb greater than or equal to one acre on projects citywide. This includes enforcement of the City’s Erosion, Sediment, and Post-Construction Storm Water Control Rules and Regulations.

Middletown has developed and implemented a Facility SWPPP Inspection program that includes training and has a program goal of reducing or preventing pollutant-laden runoff from facility operations. This includes annual training for employees in Pollution Prevention and Good Housekeeping (PP/GH) practices associated with roadway and facility operations and maintenance best practices. 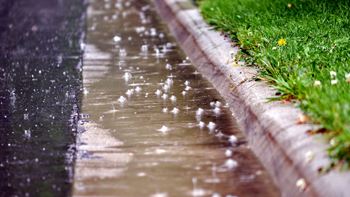