Thank you everyone for your participation in the survey! As part of the "Awareness" phase of the Middletown Parks Master Plan process we conducted a community survey in December 2020 to gather input on Middletown parks including current use, recreation needs and aspirations. We had 230 responses from park visitors and are excited to have this feedback from our community! Full survey results and analysis will be a part of the final deliverable and a summary of the results can be found here and a summary infographic can be viewed below.

For a copy of the survey, click here and here (Spanish version)!

In an effort to reach as many community members as possible our team utilized as many methods as possible and employed the help of our project stakeholders. The survey was hosted online in both English and Spanish, and hardcopy version. The following actions were taken to distribute the survey and in communicating about the process. 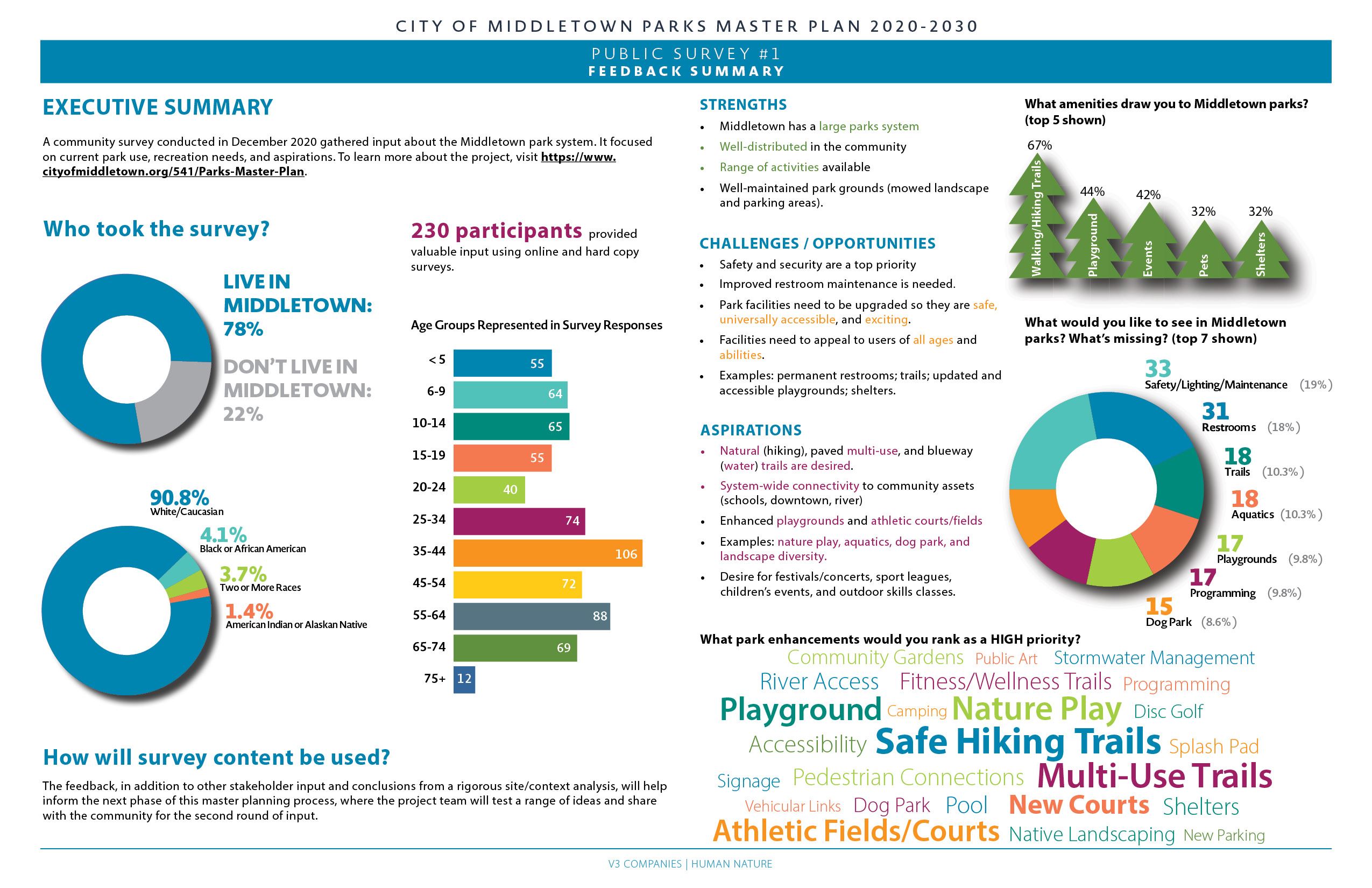